German cockroaches are largely reviled by most people due to their association with unsanitary conditions and the fact they can carry bacteria and other pathogens on their bodies and legs. Nearly all cockroach species, however, occur only outdoors with a relative few that have successfully adapted to living with man in his homes and businesses. Successful control of cockroaches is multifaceted and includes the following:

Cryonite be a very useful tool in German cockroach management when combined with sanitary efforts and residual treatments. Cryonite is especially useful in sensitive situations where most conventional treatments cannot be used, such as hospitals, medical clinics, daycares, pet stores, and zoos. People and pets can remain in areas being treated with Cryonite though it is recommended treatment areas be vacated as often residual treatments will be made following Cryonite application.

It is important to note that Cryonite is most effective on smaller insects. Properly applied, it will kill German cockroaches on contact but larger species, such as American or Oriental cockroaches, can survive an initial treatment with Cryonite. An application of Cryonite will flush and knockdown larger species, but additional applications of Cryonite may be need to ensure kill, or better yet, affected cockroaches can be removed by vacuuming after being chased from harborages and/or knocked down by an initial Cryonite application.

Download our step-by-step guide for control of German cockroaches. 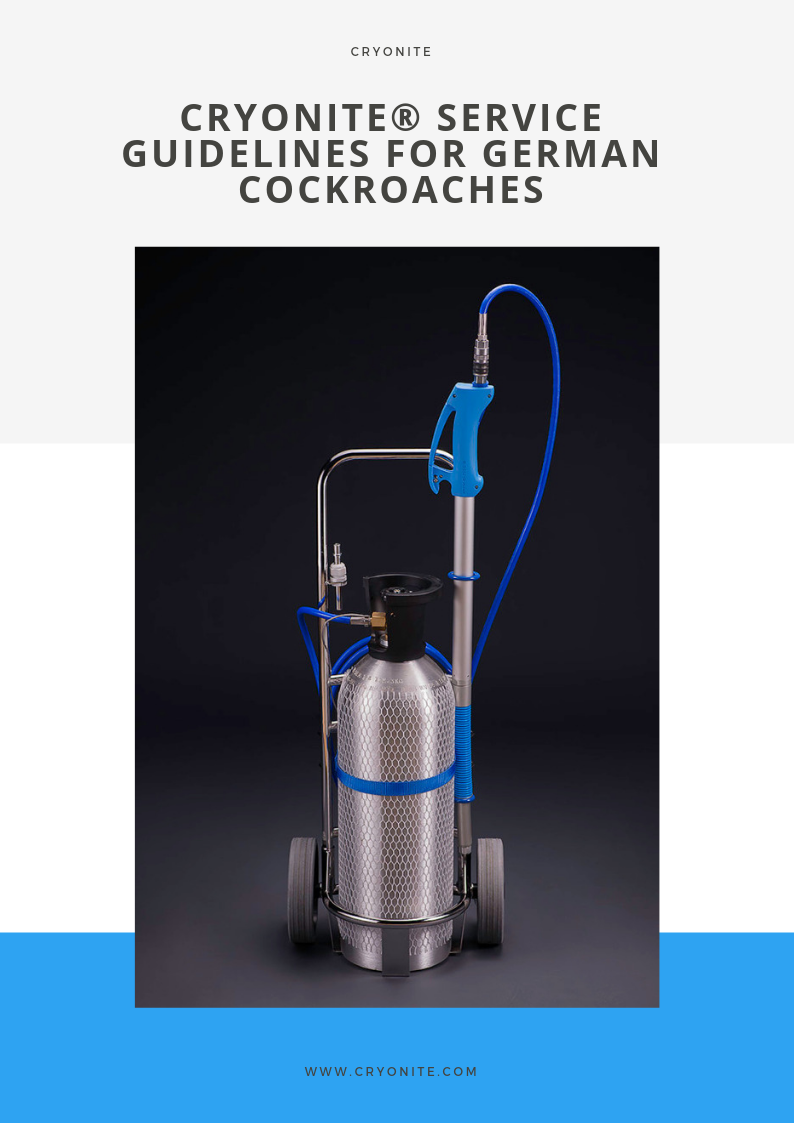