Freezing Out Cockroaches with Cryonite 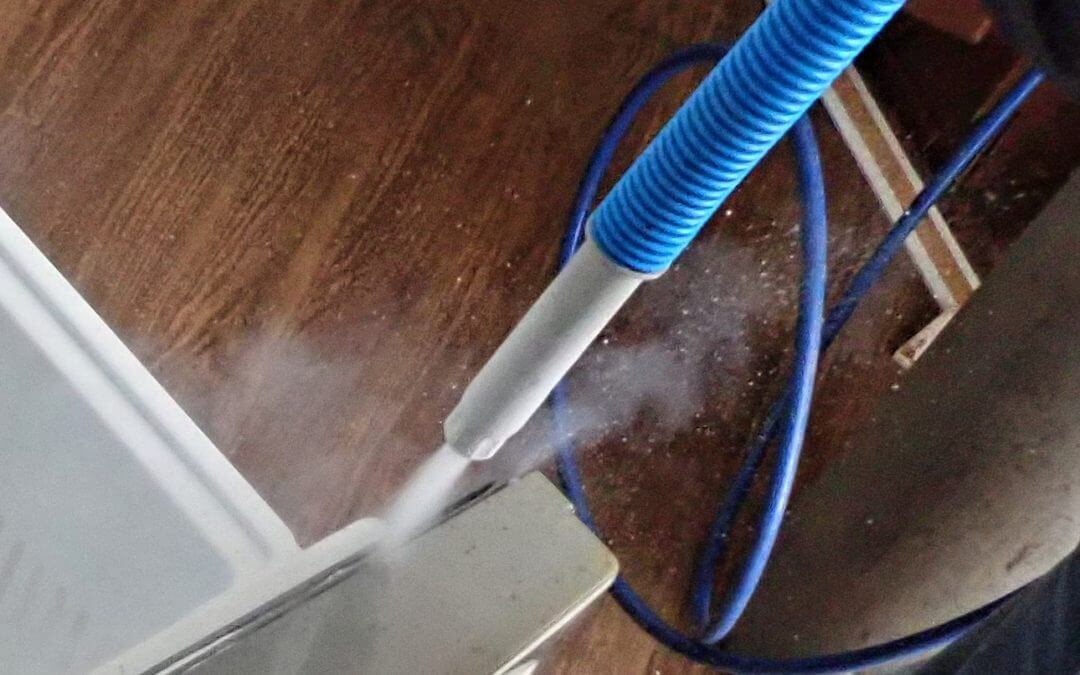 German cockroaches are ubiquitous pests, common throughout the world wherever man has structures. They are, by far, the most difficult cockroach to control requiring a multi-faceted approach to be successful. A variety of nonchemical techniques can be used to control cockroaches including sanitation. exclusion, vacuuming, and traps. One technique increasingly being utilized is Cryonite®.

Cryonite® converts liquid carbon dioxide (CO2) into dry ice snow that when applied directly to insects will kill them by freezing. The specially designed Cryonite lance creates a mixture of dry ice particle sizes (at -110°F (-78°C)) shown by extensive testing to produce a maximum freezing effect upon contact to target insects.

A limitation of Cryonite is that it works by contact only and does not leave any residual residues. A major advantage of Cryonite is it can be used in sensitive areas where residual insecticide treatments may not be prudent or allowed. Examples include schools, daycares, many areas of hospitals (e.g., patient areas, patient rooms, operating suites), assisted living/nursing care facilities, food processing areas, pharmaceutical areas, pet stores, and zoos. It is also beneficial that persons and pets (especially tropical fish) typically need not be vacated prior to Cryonite applications.

The dry ice snow works only when directly contacting the target pest’s exoskeleton. For maximum effectiveness, Cryonite needs to be applied using recommended procedures detailed in the Cryonite User Manual provided by the manufacturer. It is important when applying the dry ice snow that it be applied in a layer over target insects that will evaporate within 20 to 30 seconds. It requires several passes over the treatment area to create an ideal layer thickness thus creating maximum freezing of the treated pest.

Cryonite works best on smaller cockroach species like the German cockroach and on smaller nymphs of larger cockroach species. When used to treat larger species, such as American cockroaches, repeated applications may be needed to kill the insects. The CO2 resulting from application into voids and cracks can also flush cockroaches into the open where they can be removed by vacuuming. Cryonite can be effectively used to treat drains infested with German cockroaches. Chasing insects out of drains where they can be more directly treated or removed by vacuuming.

(adapted from the PCT Field Guide to Structure-Infesting Cockroaches by Stoy Hedges, B.C.E.—targeted for publication in 2021)

Get the Free Cryonite Guide